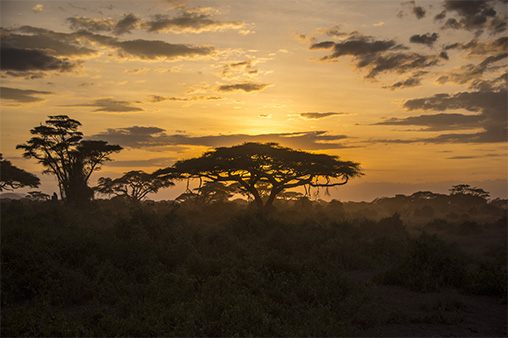 Testified to the Washington State Energy Facility Site Evaluation Council regarding the potential external economic costs and impacts of implementing a proposal to build a facility to accept crude oil from rail and transfer to marine vessels.

Testified to the U.S. Federal District Court regarding the potential economic consequences of post-fire logging on the Klamath National Forest following the Westside fire.

Submitted comments to the Rogue River-Siskiyou National Forest to clarify errors and deficiencies in the agency’s assessment of the potential economic consequences of post-fire logging following the Chetco Bar fire.

Developed recommendations for improving the Forest Service’s assessment of the demand for timber from the Tongass National Forest and of the potential costs and benefits of proposed logging.

Government of Lebanon, Ministry of the Environment, and United Nations Development Programme

Described the costs climate change might impose on Lebanon in 2020, 2040, and 2080 if current trends in global emissions of greenhouse gases continue, as well as the reductions in costs that would result from implementation of emission-reductions, such as those agreed to in Paris at COP21. Described the potential total costs to Lebanon as well as distinct costs from:

External Costs of a Proposed Port and Oil-Export Facility

Testified to the Kenya High Court in Malindi regarding the potential social costs of a proposed commercial port and oil-export facility at Lamu. The testimony also described the failure of the Environmental and Social Impact Assessment and the Strategic Environmental Assessment for the proposed project to describe these costs using the best available science or to provide decision-makers and citizens with the information they need to make fully informed decisions regarding the project’s viability, the prudence of making further investments in the project, and the compensation required to offset the harm the project would impose on local communities, families, and businesses.

In its unanimous decision, the four-judge panel concluded that the project is likely to have significant environmental, social, cultural and other impacts. It also found that the environmental documents failed to “consider, assess, estimate and report on the external costs” of the project and directed the project’s sponsors to correct this deficiency.

Testified to Kenya’s National Environment Tribunal in Nairobi regarding the potential external economic costs likely to materialize from implementing a proposal to build a coal-fired electricity generator at Lamu. The testimony also described the failure of the Environmental Impact Assessment for the plant to describe these costs using the best available science and, hence, biases in its description of the harm the plant would impose on communities, families, businesses, and Kenya’s overall economy.

Described the potential economic value of carbon that could be stored in expanded riparian buffers on private forestlands in western Oregon.

Developed a framework IFAD can use to scale up win-win approaches that achieve meaningful protection for and enhancement of ecosystems in the dryland countries of Sub-Saharan Africa while raising incomes, jobs, and other indicators of economic wellbeing as well as the short- and long-term security of food production.

With Center for Sustainable Economy, described the transition in Alaska’s economy that is occurring in the face of climate change and economic pressures to reduce production of fossil fuels. Recommended policies to bring about an efficient and just transition in seven thematic areas:

Described the potential external costs of a proposal to ship oil, delivered by rail, from the Port of Grays Harbor, Washington.

Costs and Benefits of River Dredging

Described deficiencies in the Army Corps of Engineers’ economic analysis and decision-making regarding dredging of the Lower Snake River, Washington.

Described steps the Army Corps of Engineers, Bureau of Reclamation, and Bonneville Power Administration must take to ensure that their future planning for the Columbia River System maximize sustainable economic development, avoid unwise use of floodplains, protect and restore the functions of natural systems, and mitigate any unavoidable damage to natural systems.

Described the potential jobs and wages that might materialize in local California Communities from investments in defensible-space approaches to wildfire safety.